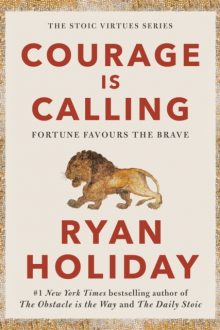 Being brave entails persevering in the face of adversity and risk in order to achieve greatness:

There are two forms of courage:

Both may seem to be radically different, yet when you think about it, all courage boils down to one thing: taking chances.

Hercules, the mythological old divine Greek hero we’ve all heard about, is one of the most renowned characters to have fully personified bravery.

Hercules was represented in Greek mythology as a robust, hard-living warrior who, we can only assume, lived a life of rash decisions. However, this is far from the case.

Hercules, according to tradition, came upon a route where he had to choose between two options when he was a young man.

The first option was provided to him by a beautiful, well-dressed goddess. If he chose to follow her, she offered him a life of luxury, pleasure, and tranquility.

A goddess represented the alternative road as well, but she was clothed casually and promised him something very different. She promised him a less appealing life of effort rather than pleasure, and hard labor rather than leisure.

Hercules paused for a moment, but then resolved to ignore all the dangers and terrors he may encounter and pursue a road that would require him to endure a variety of trials and struggles in the pursuit of fame and a triumphant life.

Using reasoning as a weapon in life can aid you in overcoming your fears:

Pericles, the Greek politician and commander during Athens’ golden period, is another renowned Greek person whose tales we might learn from.

Pericles was tasked with directing the city’s military at times throughout his lengthy political career. He saw that his guys were shivering with fright on one of those occasions. Why? A storm had hit, and those folks mistook it for a terrible omen since they didn’t understand how lightning and thunder were generated at the time. Pericles, on the other hand, took things into his own hands — literally. He took two boulders and began pounding them against each other in an attempt to imitate the sound of thunder.

He showed his soldiers that thunder is nothing more than a sound similar to that of the two rocks. They were less terrified as they had a better understanding of the issue.

Fear is the adversary of bravery, according to the narrative. Being brave, on the other hand, does not imply conquering all fear. Having a rational reason in your head for anything that makes you nervous is the best approach to calm down and avoid fear from overshadowing your bravery.

Limit your anxieties, but don’t dismiss them entirely:

People have a strong aversion to things they don’t fully grasp. Here’s the catch: you can’t expect to ignore anything that makes you nervous! This isn’t how life works.

In actuality, you should envision and thoroughly comprehend your concerns in order to grasp its limitations and significance. Fear setting, as described by author and entrepreneur Tim Ferris, is one technique to do this.

Fear setting is the act of examining and articulating the worries that are obstructing your life. This approach has existed in some form since the time of the ancient Greeks and Romans.

Premeditation Malorum, as the stoic Roman philosopher put it, means “forethought of calamities.”

It’s related to a dread setting in that it encourages you to learn about potential calamities in your life, making them less frightening. This is an element of self-assured optimism: I am prepared for anything that comes my way, and I know how to deal with it.

Your mind will eventually quit amplifying your anxieties, and you will become less of a drama queen.

Courageous deeds do not necessarily have to be large and spectacular in appearance. The simple act of crossing the street may sometimes be a source of confidence.

Virtues, according to Aristotle, are acquired through time. Bravery is learned through being courageous in the tiniest ways time after time, just as a pianist learns to play for days on end to become one.

Florence Nightingale, one of the most revered women in British history, exemplified this quality when she initially began her medical career. Being a nurse was not considered appropriate at the time for a lady of her rank, so she took baby steps and only worked in the hospital for the summer. She didn’t promise herself that she would change the field, but she did.

Figures such as Thomas Eddison, on the other hand, pursued a different path. He believed that life is too short to not take risks, and that it was not worth it not to try new things.

It’s critical to recognize that Nightingale and Eddison’s viewpoints are not mutually exclusive. Always be mindful of your limitations, yet aim for the stars. Your steps may begin modest, like Nightingale’s, but they will grow to be as large as Eddison’s.

It just takes a little amount of guts to change your life:

Back in the 1960s, when the two presidential contenders, Richard Nixon and John F. Kennedy, were locked in a fierce electoral battle. Martin Luther King was jailed in Atlanta for dining with a black man at a department shop.

Because the southerners detested King, his bail was rejected, and he was condemned to four months in state jail for spurious accusations.

His wife was concerned for his safety and sought assistance from the two presidential candidates.

Nixon was a personal friend of King’s and could have bailed him out with a one-minute phone call, but he opted not to for fear of losing southern support.

JFK, on the other hand, chose to accept the danger and demonstrate his bravery. Until King was eventually freed, he immediately called his network. Kennedy made it a point to promote what he had done to King, and he went on to win the presidential election the following month.

John Kennedy’s victory was won by a single brave deed and risk. In contrast, Nixon’s cowardice and abandoning of King in his hour of need lost him the election and provided his opponent with an ideal opportunity to demonstrate his bravery.

We’ve all heard of Martin Luther King and his groundbreaking civil-rights work in the twentieth century, but we’ve never heard of Stanley Levinson. Many of King’s ground-breaking speeches and fundraising drives were aided by him.

Regrettably, when JFK learned about Levinson’s communist affiliations, he put pressure on King to let him go.

Levison’s noble response was to be quiet and quit the movement without generating any issues, rather than vehemently pleading his innocence and tarnishing King’s cause.

Levison’s decision to leave a cause to which he had dedicated his life was not ordinary bravery, but heroism. A hero is someone who, for the greater good, chooses a higher cause above his reputation and puts his ego and self-worth aside.

Ryan Holiday, who is he?

Ryan Holiday is one of the fortunate few who has overcome all difficulties. He dropped out of college as a teenager. In such a setting, the future typically seems dark, and one might easily be labeled as unfocused. Holiday, on the other hand, made his own route and became a well-known media strategist and author.

The “Courage is Calling” is a book summary of the novel. It provides an overview of the main characters and events that happen throughout the novel. Reference: courage is calling chapters.