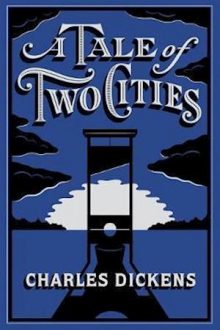 A Tale Of Two Cities

The story follows the two men as they fight for her love, as well as for their own survival, during the turbulent years of the Revolution.

Ultimately, the novel is a tale of love, sacrifice, and redemption, set against the backdrop of one of the most turbulent periods in history.